First Impression Rose of The Bachelor

Last night, I watched the first half of Peter's season of The Bachelor. I finished it up this morning on Hulu. 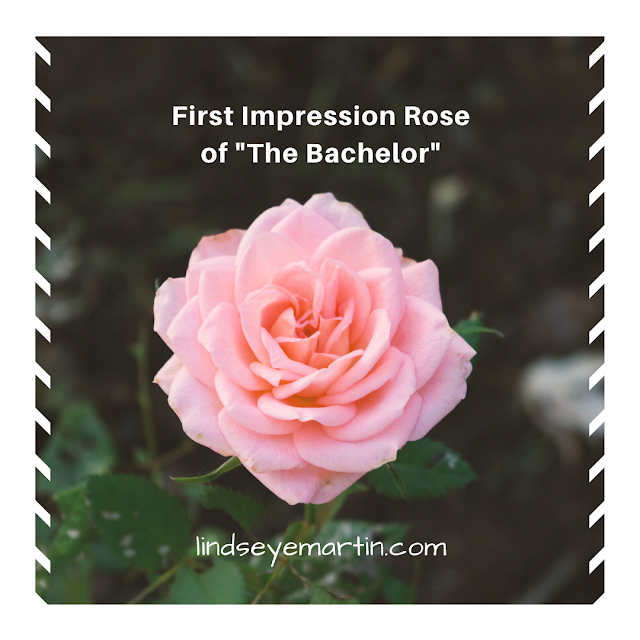 I am not a "true fan" of The Bachelor franchise. I watched Hannah Brown's season because my friend Lili wanted to do a bracket. I did like a lot of the guys on her season. I thought they brought a lot of personality to the show and were interesting (not looking at you, Luke P.). I do wish we had gotten to see Garrett's hometown, though!

Peter was one of the guys that definitely sparked my interest and I'm so glad he made it to the "top 3". of Hannah's season.

Here are my first impression of Pilot Pete's season:

1. These girls are already acting a little crazy. I mean that in the best way possible, but I have a feeling this group of girls are going to be catty and fighting the whole time.

2. These girls are very interested in Peter but don't seem to know themselves. This might seem a little harsh, but I thought it was interesting that every single girl made a comment about something they knew about Peter. They hit on the windmill (like we could forget about it), planes, and family. I did think the girl that brought the note from her Grandmother was incredibly sweet and original. However, most of them were not interesting interactions.

3. Hannah Ann is the drama queen. I could be wrong on this, but I foresee Hannah Ann to be the villain during this season. Obviously, for the past few seasons the person to receive the first impression rose did not end up "winning", and I'm thinking this is going to continue this season.

5. Peter is exactly who he says he is. I am 1000% convinced that Peter is a sweet, caring, human being. I do not feel like he's putting on a show or saying things to say them. I think he is truly being genuine.

As far as my favorite girls go, I'm liking Madison. I really liked her one on one date to Peter's parents vowel renewal. I think it was obvious they have a connection and there is something there.

I am 100% excited for Peter. I think he is a great guy and he is what the Bachelor franchise needs in the U.S.

As far as my thoughts on the rest of the season:

1. I'm not super invested in these girls yet, and I'm worried for the rest of the season that I won't be.

2. I think Peter will either not end up with anyone, or if he does, the relationship won't last. This isn't meant to sound like a negative Nancy, just that I do not foresee these girls being the "right" one for him personality wise.

3. I'm interested to learn more about Peter as a human being! I know a lot of people said there can't be a lot behind Peter, but I think they're wrong.

What are your first impression of this Bachelor season? 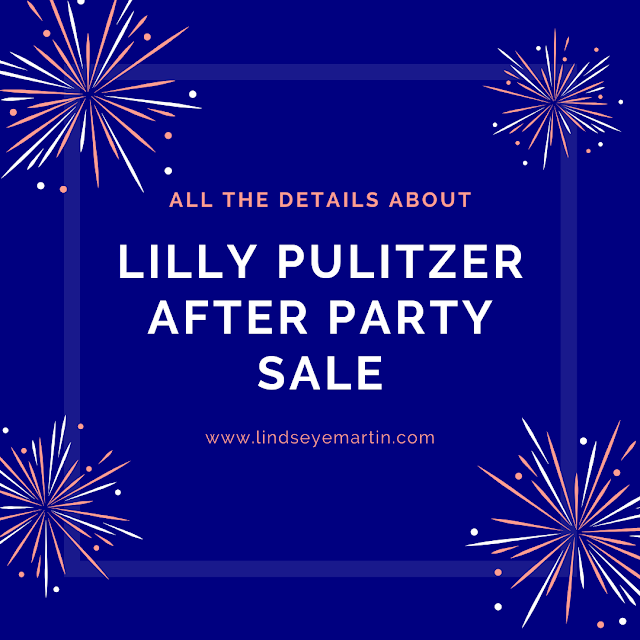 If you are a "prepster" or Lilly Lover, you probably already know that the Lilly Pulitzer After Party Sale (APS) is this Saturday, Sunday, Monday and Tuesday!

I have always grown up loving Lilly and this has continued into adulthood.

APS is when many people love to shop Lilly since the prices are slashed! So, I wanted to make sure y'all had the best information I can provide to help your shopping be as easy and painless as possible.

What will prices be around? I would assume probably somewhere between 30% and 50% since that is what it has been in the past. However, that doesn't mean that some items won't be more or less. I've definitely scored pieces for 70% off during a sale before. 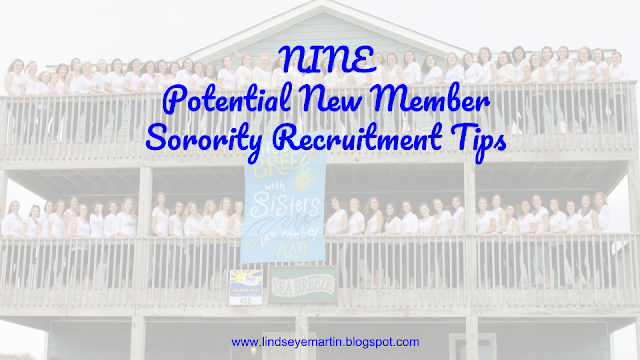 August is quickly approaching, which for many means its back to school time. For college students elsewhere, it also means recruitment season is here!

My school did a spring recruitment (aka January); however, many schools, especially in the south, do recruitment in August and September.

If you're going through recruitment, congratulations!

I went through recruitment in two different ways (both formal and the colonization process) and then on the sister side! I went through part of recruitment my freshman year spring, got sick and couldn't finish. However, it worked out for the best because I got to join Alpha Delta Pi through the colonization process in September of my sophomore year.

Here are a few things to keep in mind. 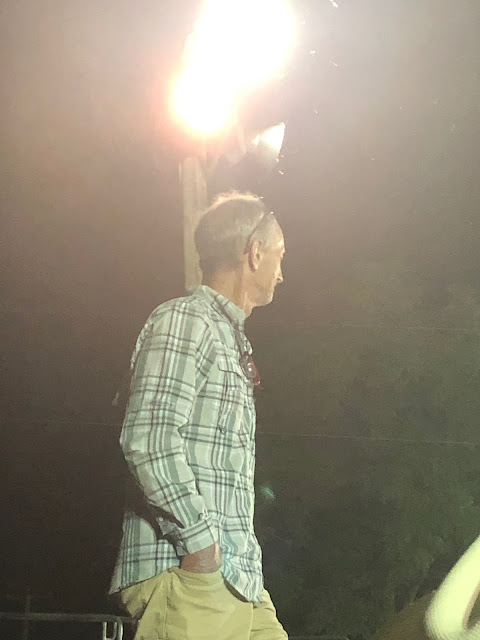 A Weekend with Me: Target and Rodeo

I wanted to share a weekend in my life.

Saturday, I spent 3 hours at Target. Which, yes sounds like a lot of time. I did some shopping for my classroom for the upcoming school year. Target is giving teachers a 15% off one time coupon to use this week, so I jumped on it. Everything I bought for my classroom was $5 or under! I'm switching to Language Arts this year, so I knew I would need some additional storage compared to last year. I also bought some stuff for flexible seating. What really took the longest was I ended up buying Airpods, and I struggled to find someone to help me. Who knew Target at 9 am on a Saturday would be so busy?

After Target, I went home and hung out for a bit. Then, we headed out to the local rodeo in a neighboring county. The rodeo was so much fun! Growing up riding English, I can say that this was definitely different from the shows I rode in.

Little cowboys got their try on the broncs first. Their broncs were little and I believe…